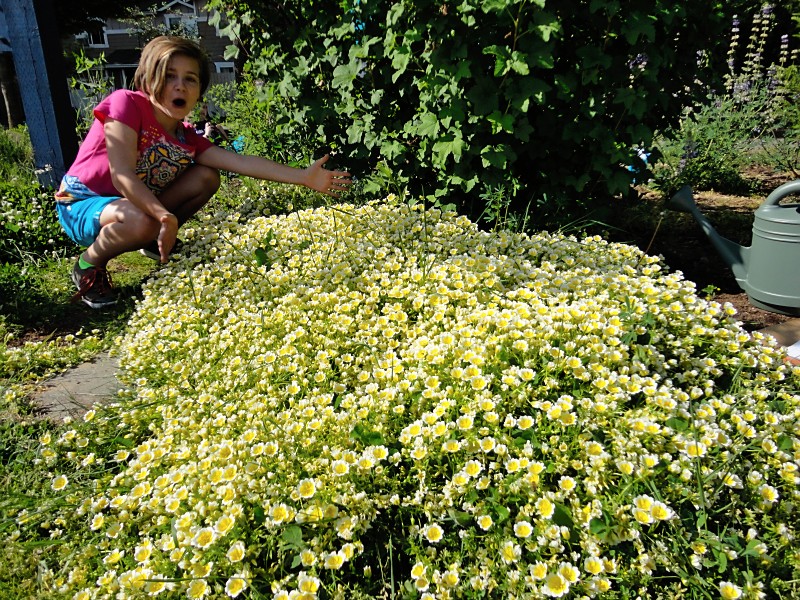 Students are proud of their new garden at Gilbert Park Elementary School.

Gilbert Park’s graduating of class of 2000 intended to leave behind a legacy of environmental stewardship when they planted a butterfly garden, not an invasive weed patch. However, it was not commonly known that the butterfly bush (buddliea), known for its sweet nectar, is HIGHLY invasive. The plant’s seeds spread rapidly into open spaces, riparian habitats, and forestland, smothering plants native to the area. Whoops. 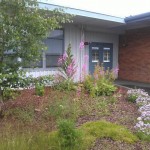 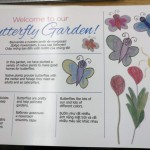 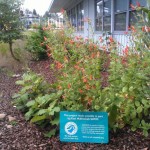 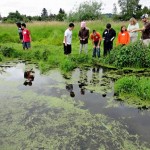 Students learn about native plants on a field trip to the Zenger Farm Wetland.

In steps Mandy Hurley, an elementary school teacher, and her class of environmental stewards in training. Her class wanted to remove the invasive plants but still honor the previous students intentions of attracting butterflies and wildlife. The school applied for a PIC grant in 2011 to professionally remove the butterfly bush and replace it with plants native to the region for improved biodiversity. An after-school environmental educator was hired as part of the grant to teach kids the importance of native plants in their surrounding community. The program also included field trips to Zenger Farm wetlands, Johnson Creek, and Boskydell Natives, where students picked out plants for their new and improved butterfly garden.

The students’ families were involved in five work parties held throughout the year and community members translated the new interpretive sign into Russian, Spanish and Vietnamese, languages commonly spoken in this outer Southeast Portland school.

After the project was over, Mandy stated, “It was a great way to get students involved in environmental stewardship while also instilling in them a sense of pride in their school and community. The project also increased the awareness of the school staff and surrounding adult community about the harm of invasive species and the importance of natives.” As a result of the project, at least two teachers removed butterfly bushes from their own gardens, 250 native plants were installed, and over 500 square feet of native habitat was restored.

Best of all, the project is only the beginning, as Mandy reports that the project is a “stepping stone for future environmental projects and learning opportunities at the school.”