The EMSWCD Board of Directors is the governing body of the District. The Board of Directors set policy, adopt the budget, set program and strategic priorities, supervise the Executive Director and oversee the management of the EMSWCD’s affairs to ensure legal compliance and fiscal responsibility.

Read on to learn about our five Directors and Director Emeritus. You can also learn about recent and upcoming Board meetings, find out about the eligibility requirements for Board candidacy, and explore the three Board Zones that comprise our District. 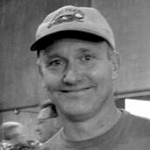 Joe Rossi attended Parkrose Middle and then High School on land previously farmed by his family for three generations. Upon graduation he went on to study at Portland State University. This decision allowed him to stay on the farm and continue working with his dad. Joe’s farm experience includes all aspects of water and soil health management. Joe has also been an excited participant and supporter of several Portland-area farmers markets during their opening and formative years.

Joe has mentored his daughter Gabrielle (the family’s 5th generation member) into the transition to maintain agricultural production at Rossi Farms. Both Joe and Gabrielle are active in consulting other farmers to be successful. Gabrielle is also a previous EMCSWD Zone 1 Director and currently oversees Rossi Farms operations.

Agriculture that is sustainable to family farmers as well as the land and water itself are Joe’s passions. He is excited to now serve in this new capacity.

Joe was elected as Zone 1 Director with the EMSWCD in 2020. He is serving a 4-year term, and his seat is up for election in November 2024. Joe serves on the Budget, Land Legacy and Grants committees.

Laura Masterson received her B.S. in cellular biology from Reed College and is now a widely respected organic vegetable farmer. Described in the local press as an "Urban Über-farmer," she manages farms in East Multnomah, Clackamas and Yamhill counties for a community supported agriculture (CSA) operation that feeds over 200 families year-round. She advocates on behalf of sustainable agriculture by serving on a variety of committees and citizen advisory groups, and on the Oregon State Board of Agriculture. Cultivating with a team of horses and an electric tractor, making use of rotational grazing, beneficial insect conservation, cover cropping, and utilizing a wide variety of other innovative or re-discovered techniques, Laura is a much-sought-after speaker and local expert.

Laura was elected as Director in every term from 2004 through 2020. She is serving a full 4-year term, and her seat is up for election next in November 2024. Laura is Secretary of the Board and currently serves on the Budget, Land Legacy, and Personnel Committees.

Mike Guebert earned his B.A. degree in geology from Humboldt State University and recently retired from Metro as a Program Manager at the former St. Johns Landfill in North Portland. There, he worked with a small staff to monitor and improve environmental quality, operate and maintain a landfill gas extraction and re-use system, and make habitat improvements on the reclaimed grassland that makes up the cap of the landfill. Mike and his wife own and operate a small farm in Corbett, where they raise a variety of pasture-based livestock including dairy cows, goats, chickens, and turkeys. Their goal is to improve soil and water quality by practicing intensive rotational grazing, using chicken tractors (a portable chicken coop structure without a floor) to spread their fertility around the property, and excluding livestock from riparian areas.

Mike is very active in the small farm community, serving on several committees and panels, often testifying to the state legislature in support of bills to help family farmers, and is always willing to offer assistance and advice to beginning farmers.

Mike was appointed as an Associate Director in 2012, became the Zone 3 Director in 2015, and was last elected in 2018. He is serving a 4-year term, and his seat is next up for election in November 2022. Mike is chair of the Board and serves on the Budget, Land Legacy, Personnel, and Grants Committees. 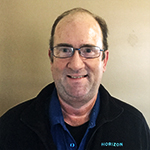 Jim Carlson received a B.S. in Computer Science from the University of Portland and an M.B.A. in Business Administration from Eastern Oregon University. Jim is co-owner of Carlson Nursery, Inc. Jim lives in the original homestead, which dates to 1890 and which his family has owned since 1905. Jim has held positions with the Oregon Association of Nurseries, Johnson Creek Watershed Committee, USDA Farm Service Agency and the Gresham Farmer's Market.

Currently Jim is employed by Horizon Air as a Team Captain in Portland, where he has completed the Alaska Airlines Developing Emerging Leaders Program and also obtained a certificate in Leadership from Oregon State University. Jim also manages his family's nursery operation and has a vested interest in soil and water issues to ensure the continued viability of his farmland in East Multnomah County.

Jim was elected as At-Large Director with the EMSWCD in 2020. He is serving a 4-year term, and his seat is up for election in November 2024. Jim is the Treasurer of the EMSWCD Board and serves on the Budget, Land Legacy and Grants Committees. 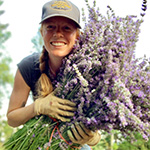 Jasmine received her B.A. in General Science from the University of Oregon and is earning her Graduate Certificate in Nonprofit and Public Management at Portland State University. Jasmine currently works as the Working Lands Engagement Coordinator at 1000 Friends of Oregon, a statewide land use planning advocacy organization. Prior to 1000 Friends of Oregon, Jasmine served as the Senior Organizer at Columbia Riverkeeper where she co-directed two regional coalitions to stop the construction of new, large-scale fossil fuel infrastructure in the Pacific Northwest.

Jasmine is a volunteer firefighter/EMT with the Corbett Fire District, and she and her husband manage a small blueberry farm on their property in Corbett. Jasmine is also an avid whitewater rafter and has rowed over a dozen different rivers, including the Colorado, Snake, and Rouge Rivers.

Jasmine was elected as At-Large Director with the EMSWCD in 2020. She is serving a 2-year term, and her seat is up for election in November 2022. Jasmine is the Vice-Chair of the EMSWCD Board and serves on the Budget, Land Legacy, Grants and Personnel Committees.

There are currently no Associate Directors. 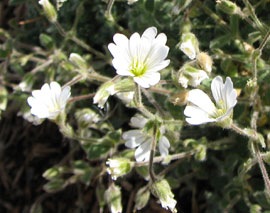 Learn about the benefits of native plants