The USDA recently released the preliminary results for the 2012 Census of Agriculture, a statistical overview of national and state agriculture. Oregon’s results in a nutshell: we have an aging farmer population with fewer individuals engaged in farming. Here are a few key takeaways, with further explanation below: 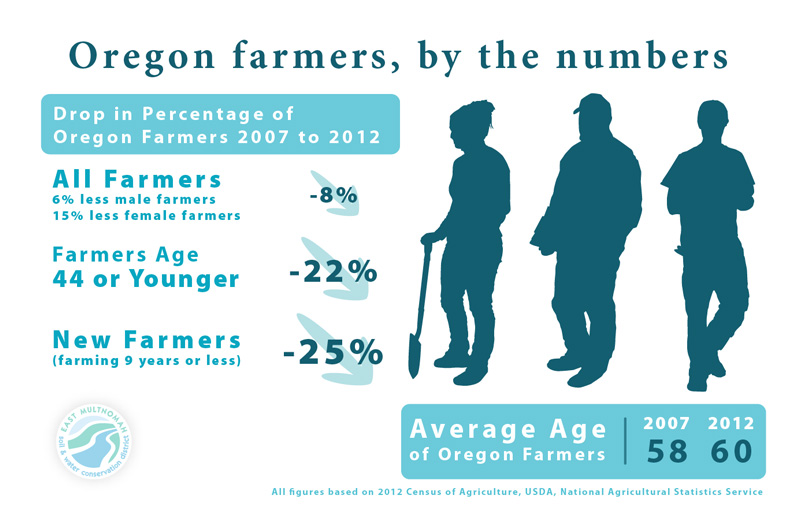 These data are alarming and tell a powerful story about future impacts to Oregonians and Oregon’s agricultural and natural resources. We are an organization with a vested interest in how farms utilize their natural resources and in keeping quality farmland in production. More specific census data for both Multnomah county and other counties across Oregon should become available in the next month or two, and we will continue to keep close tabs on these trends.

These trends were the driving force behind EMSWCD’s Headwaters Farm Incubator Program, a mechanism for new farm development and promotion of conservation agriculture. This year there will be eight new farm businesses leasing land at Headwaters Farm, cultivating a wide range of vegetables, medicinal and culinary herbs, cut flowers, and honey. The goal is that by fostering these new farmers, EMSWCD is investing in the long term viability of local agriculture, farmland, and natural resources.