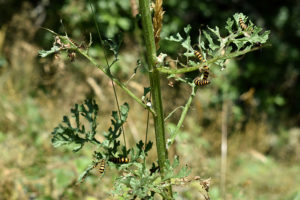 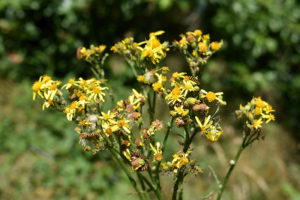 
Plants and their biological controls cycle up and down. This is an up year for the plants, which should be followed by an up year for the cinnabar moth caterpillar and flea beetle. They are expected to return stronger next year to do some much needed damage to the tansy. Keep your eyes peeled!

For more information, check out the following websites: