Update: the comment period ended on June 26th, 2017. We will post a front page announcement when the final version of the plan is approved. Thank you! 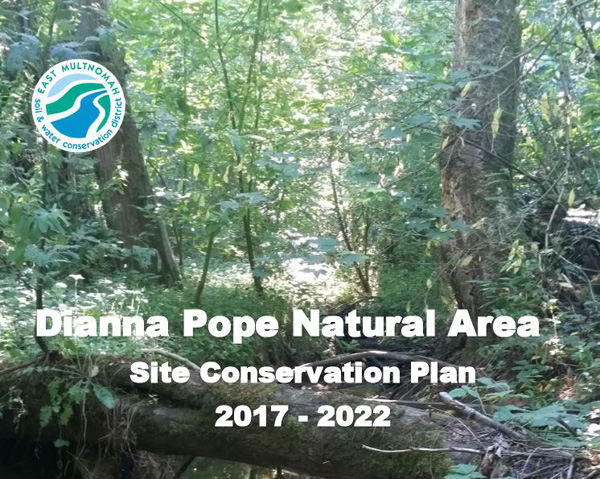 In 2012, the East Multnomah Soil and Water Conservation District (EMSWCD) purchased 58 acres of property along Orient Drive east of Gresham, Oregon. Approximately 75% of the property became EMSWCD’s Headwaters Farm, home of the Headwaters Incubator Program. The Dianna Pope Natural Area was established on the remaining 14.5 acres of the property, which runs along 0.41 miles of the North Fork of Johnson Creek. Efforts began in early 2013 to restore vegetation to the area, returning it to a more natural condition. Find out more about the restoration work performed to date and our restoration and management plans for the next five years in the document. We welcome your feedback!