Goat’s Beard has decorative finely-cut foliage and will create a bold, showy effect for a moist or partly-shaded spot all season. Dense, feathery plumes of tight white flowers rise well above the foliage spring to summer.

Goat’s Beard is an excellent background plant or grouped in a woodland setting. It dies back to the ground in winter, only to return gloriously in the spring. Goat’s Beard spreads slowly by rhizomes to form attractive patches, and can be planted in more sunny areas provided there is good moisture. It’s a “host” plant to the Dusky Azure Butterfly. 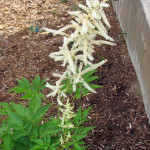 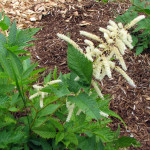 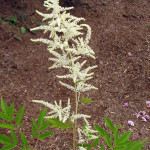 Kinnikinnick is a species of Arctostaphylos, one of several related species referred to as bearberry or kinnikinnick. The distribution is circumpolar, widespread in northern latitudes, confined to high altitudes further south. In North America, it ranges from arctic Alaska, Canada and Greenland south to California.

It is a small, spreading procumbent woody shrub 5-30 cm high. The leaves are evergreen, remaining green for 1-3 years before falling. The fruit is a red berry. The leaves are shiny, small, and feel thick and stiff. In spring, kinnikinnick produces white or pink flowers. They are a common plant on Jack pine sites. They grow well in dry, sunny gardens.

Kinnikinnick has historically been used for medicinal purposes. It contains the glycoside arbutin, which has antimicrobial properties and acts as a mild diuretic. It has been used for urinary tract complaints, including cystitis and urolithiasis. 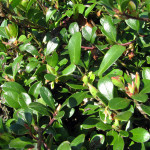 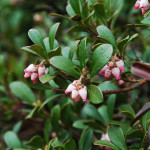 Red columbine (or Western columbine) is a common and attractive wildflower. It is native to western North America, from Alaska to Baja California and eastward to Montana and Wyoming. The name red columbine is also used for a number of other members of the genus Aquilegia.

Within its range, red columbine can be found across many habitats, including chaparral, oak woodland, and mixed-evergreen or coniferous forest. It prefers moist locations such as stream banks.

The plant grows to 8-48″ in height, averaging around 1-2ft. The red and yellow flowers appear from April to August (with some variation between regions), and are about 5 cm long. The red or orange spreading outer parts of the flower are sepals, and the yellow inner parts are the true petals. The petals bear spurs that attract the plant’s pollinators, sphinx moths. 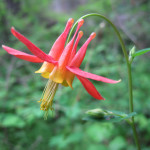 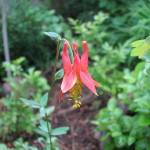 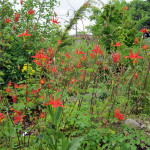 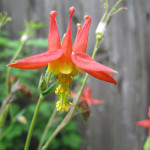 It is a short herbaceous perennial plant with erect flowering stems 5-15 cm tall. The three leaflets are heart-shaped, 1-4.5 cm long on 5-20 cm stalks. The inflorescence is 2.4-4 cm in diameter, white to pink with five petals and sepals. The hairy five-chambered seed capsules are egg-shaped, 7-9 mm long; seeds are almond shaped.

Oregon oxalis photosynthesizes at relatively low levels of ambient light (1/200th of full sunlight). When direct sunlight strikes the leaves they fold downwards; when shade returns, the leaves reopen. This process only takes a few minutes and the movement is observable to the eye.

The tangy leaves of Oregon oxalis were eaten by Native Americans, probably in small quantities, since they contain mildly toxic oxalic acid (hence the genus name). 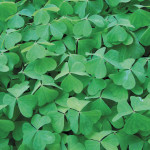 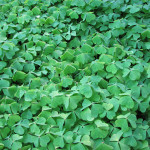 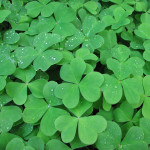 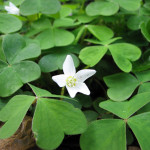 Groundcover with unique maroon flowers hidden under heart-shaped glossy leaves in spring; it has edible roots. 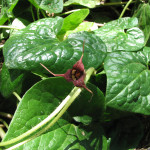 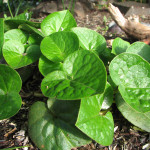 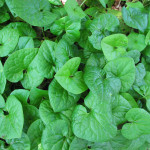 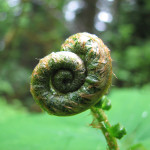 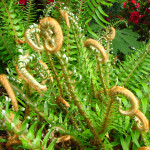 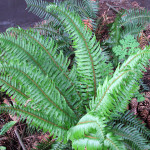 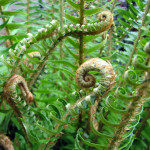 Athyrium filix-femina (Lady Fern or Common Lady-fern) is a large, feathery species of fern native throughout most of the temperate Northern Hemisphere, where it is often abundant (one of the more common ferns) in damp, shady woodland environments and is often grown for decoration in shady home gardens.

"It is always far more instructive (and inspiring) to visit gardens in person rather than view photos online or in books. It is even more so when the gardens are in the exact same climate."-on Yard Tour
prevnext