Want to grow healthy food, improve water quality, restore fish and wildlife habitat, and support strong and sustainable communities? We are now accepting applications through Dec. 15, 2022, for 2023 Partners in Conservation (PIC) grants! Our PIC Grant Program supports conservation projects that are located within the District service area (all of Multnomah County east of the Willamette River) or serve its residents. Funding areas include:

Visit our PIC Grants page to
learn more and get started!
END_OF_DOCUMENT_TOKEN_TO_BE_REPLACED 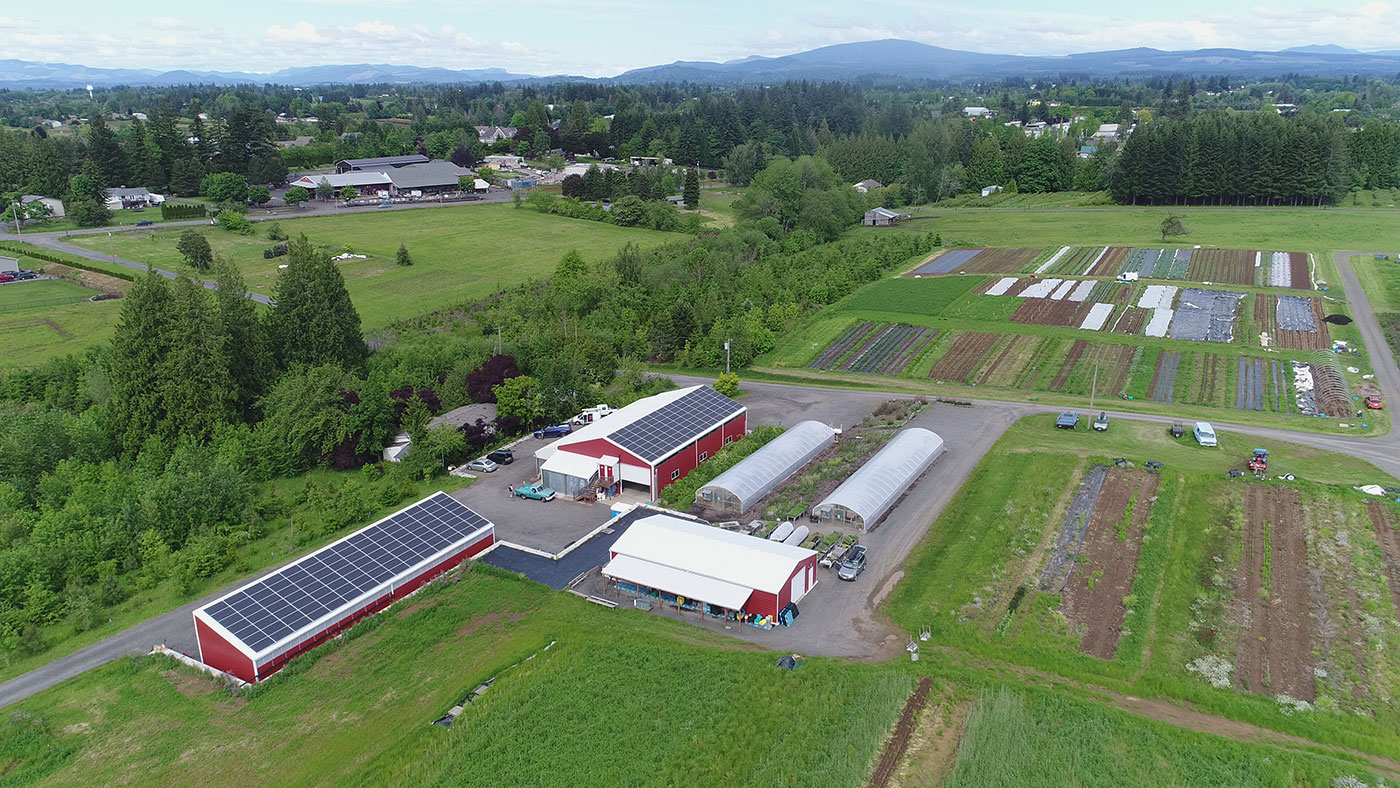 An aerial view of Headwaters Farm

We are excited to announce that applications are now being accepted for the Headwaters Farm Incubator Program’s (HIP) 2023 season! HIP is a five-year farm business development program near Portland, Oregon that provides experienced farmers affordable access to farmland, equipment, farm infrastructure, and more as they launch their farm business. Full details on program offerings and structure can be found in the 2022 Headwaters Farmer’s Manual.

Who should apply? We are looking for candidates who have strong farming skills and a clear vision for their farm business. Well-qualified applicants typically have at least three years of farming experience, including one or more seasons of farm management responsibilities, such as overseeing irrigation or field labor crews. We work hard to create an inclusive space and welcoming community at Headwaters, and encourage growers from a diversity of backgrounds to apply.
END_OF_DOCUMENT_TOKEN_TO_BE_REPLACED 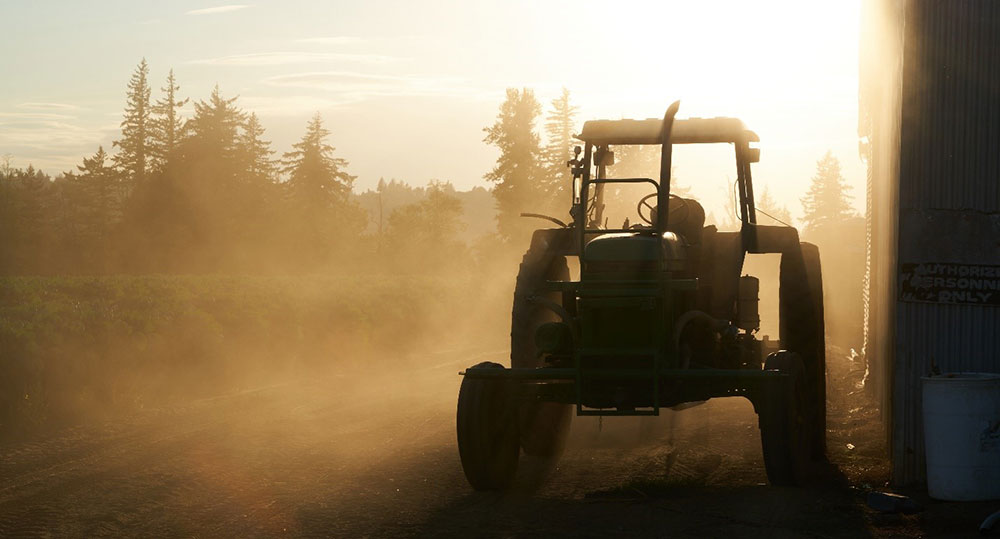 East Multnomah Soil and Water Conservation District awarded 2022 Partners in Conservation (PIC) grants totaling $700,000 in new funding. The funds are awarded to 14 nonprofits, schools and local governments for fish and wildlife habitat enhancements, urban agriculture, community garden and conservation education projects in the EMSWCD service area (all of Multnomah County east of the Willamette River). Please see the list of the PIC 2022 grantees below.

Since it was created in 2007, the District has awarded $10 million to more than 130 organizations through the PIC grant program. Projects restore habitat for native fish, get kids outside to learn about and care for nature, give people opportunities to learn to garden and grow food close to home, and support more healthy, sustainable communities.

Board member Jim Carlson, who served on the Grant Review Committee this year, says, “as a new member of the Board of Directors, I learned a great deal about the diversity of programs and projects we fund through our Partners in Conservation Grant Program. These investments play an important role in helping us achieve our mission.”

Visit this page for the full list of 2022 PIC Grant projects!

EMSWCD was pleased to partner with the City of Gresham and Metro to acquire and preserve the former Shaull property in the Grant Butte area! This 8-acre property builds upon our previous investments in the surrounding area and further protects the water quality of the adjoining Fairview Creek headwaters and wetlands complex. It will also set the stage for improved access to the adjacent Southwest Community Park.

Learn more about this project here!

EMSWCD is happy to announce that we are again conducting our normal PIC grant application process after last year’s “PIC Pause” due to COVID. The PIC program awards grants annually from $5,000 to $100,000 to non-profits, local governments and educational institutions for conservation projects, environmental education, school and community food gardens, and participation of diverse communities in conservation work.

Update: The 2022 PIC Grant application cycle ended on December 15th, 2021. Applications will be reviewed by EMSWCD staff and our PIC Grant Review Committee. The final decision on the 2022 PIC grant awards will be made by the EMSWCD Board of Directors in the spring of 2022.

We are making some changes this year. Some highlights: END_OF_DOCUMENT_TOKEN_TO_BE_REPLACED

A new report on our equity initiatives is now available!

EMSWCD recently conducted an evaluation of the Partners in Conservation (PIC) grant program focused on our efforts to address equity through the grant funding we provide to local organizations. The evaluation was conducted by an independent consultant. We are pleased to share the final report: “EMSWCD Partners in Conservation (PIC) Grants Program Evaluation Report” by Jamie Stamberger, which can be found here. This report is the product of an online survey and interviews that were conducted in spring of 2021 with the participation of recent PIC grantees and other partners. END_OF_DOCUMENT_TOKEN_TO_BE_REPLACED

Thanks to a 2019 Renewable Development Fund grant (RDF) from Portland General Electric, EMSWCD was able to purchase and install a 70kW photovoltaic system at Headwaters Farm. The solar panels were installed on two structures on the farm and began feeding electricity into the grid in April of 2020. In its first year of solar production, the renewable energy system generated 84 megawatt-hours, or enough to offset around 90% of the farm’s annual electricity consumption! This equated to a savings on the farm’s electricity bills of just under $10,000 for the year.

The Headwaters solar project was made possible with support from the PGE Renewable Development Fund, which contributed $55,566 towards the $155,374 total project cost. The Energy Trust of Oregon also contributed $23,715. Together over 50% of the project’s cost was covered by the Energy Trust and PGE’s RDF funds, with the balance coming from EMSWCD.

Nancy Hamilton, EMSWCD’s Executive Director, said of the project: “We are excited to be generating electricity at the farm and reducing our carbon footprint. And we are very grateful to PGE and their Green Future customers, as well as the Energy Trust of Oregon, for helping to make this solar project happen. The Headwaters Farm solar installation is an important demonstration opportunity for our farmers and visitors to Headwaters Farm, and the wider community we serve. The project also made a lot of sense for us financially.”

With the generous support of PGE and the Energy Trust, the Headwaters Farm solar system is anticipated to pay for itself within eight years. The solar panels are under warranty for 30 years and could be productive well beyond that.

“EMSWCD is committed to addressing the climate crisis,” says Rowan Steele, Headwaters Farm Program Manager. “Like many other farms, the barns at Headwaters have large roof surfaces facing south with great solar exposure. Between the two roofs we were able to accommodate a solar system that off-set almost all the electricity used on site, including for the irrigation pump, walk-in coolers, and a residence. That means we could generate power without impacting our farmland, which can be used to sequester carbon through cover cropping and other conservation farming practices. The solar system has also spurred investment in an electric UTV that replaced an old gas guzzling farm truck, and we are now exploring the exciting possibility of getting an electric tractor that will reduce our use of fossil fuels even further.” END_OF_DOCUMENT_TOKEN_TO_BE_REPLACED

"It is a cool project that taught us how to identify native plants in a small area next to our school so that when we go on hikes we can already identify a lot of them on our own. Being able to learn about native plants is a skill I'm glad I've learned because I can share it with my friends." - Jory, 12th grade
prevnext